Everyone had great fun at the Halloween party. The stations were such fun. We had art and craft, story sessions, a disco, made toffee apples, played snap apple and lots lots more. 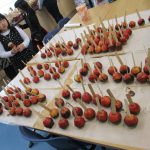 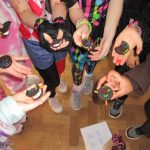 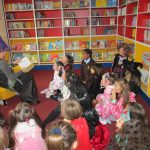 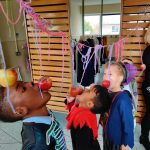 16
During the final week of September all pupils celebrated ‘Friendship Week’. Junior and Senior Infants paired up with the Fifth and Sixth Classes in a buddy system where throughout the week they engaged in shared reading, art activities etc. Everyone really enjoyed making their ‘Friendship Bracelets.’
First, Second and the Junior Language Class took part in a colouring competition designed by the pupils from Sixth Class. Third, Fourth and the Senior Language Class designed a Friendship Flag for the school and Fifth and Sixth Classes created Friendship Poems.
Some classes were also given a secret friend who they were especially nice to during this special week. 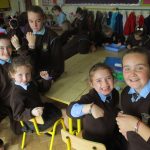 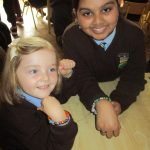 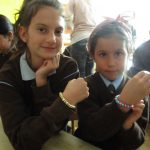 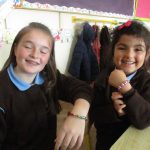 Presentation Primary School is an all-girls school apart from two Speech and Language Classes which caters for boys and girls. We aim to provide a learning environment that is inclusive and welcoming.

No school for pupils on Monday 29th November due to staff inservice for Primary Language Curriculum. School will reopen on Tuesday 30th November.

The Annual Admissions Notice in respect of admissions to the 2022/2023 school year is now available. Click on the ‘Policies’ tab above to access the document.